How to Choose the Right Metal Business Card? 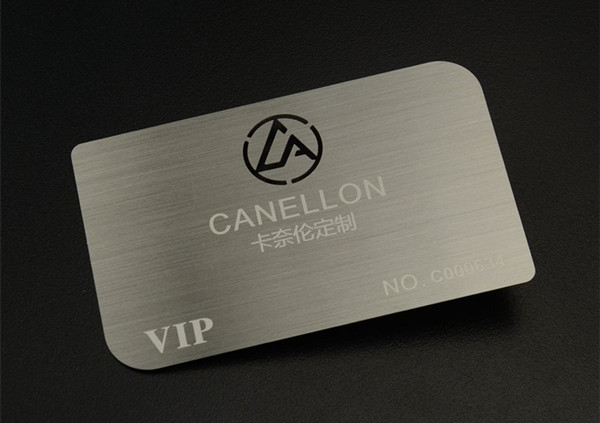 Business cards have become a staple in the modern world.

A way of presenting oneself and their business professionally, these small trinkets are something that has become a statement unto itself when it comes to business.

From basic information about a business to anything else that may be of important, business cards are a great way to let someone know more about an enterprise.

When it comes to the material of choice for business cards, the most common one is that of paper and cardboard.

A popular choice for many, these are the materials that comprise a good portion of the business card market, with other materials taking a back seat in terms of sheer volume.

At the same time however, the use of other materials also exists, among which happens to be that of metals.

When it comes to picking out the right metal business cards, there are several things to consider. Some of the most important ones are laid out in the points below.

Of the many materials that about, one of the most common happens to be that of stainless steel. An alloy of iron, it is the material of choice for a lot of business card makers, due to its ability to resist corrosion, its long-lasting shine as well as being fairly affordable in comparison to other metals.

In general, it is to be expected that the business cards will be more expensive when made out of metal, than anything else.

This is logical, given that the price of metal per unit will always be higher than other raw materials such as paper, plastic and so on.

At the same time however, there should be a reasonable cost in the case of metal business cards as well. In this regard it is a good idea to go for suppliers who charge wholesale rates for the same. These things will add up in the end, and lead to cost overruns if there aren’t controls in place.

As much as metal business cards may be attractive and interesting, they do come with a downside; they can be a safety risk.

Of the many risks that are involved, one of the most important happens to be that of the edges and other such engravings, which can be really painful when using on a daily basis.

In this regard, it is a good idea to go for cards that have been smoothed out along the edges, and has rounded out corners. Think of them as having the same safety features as you would expect from scissors used by small children.

There is an upper limit to the kind of colors that metals are available in.

For those wanting to go for colorful metal business cards, it would be a good idea to go for those which have a streak of paint in them.

Should you be into colorful business cards, make sure to check up on the quality of the paint, for you need to have something that lasts a very long time. While the loss of overall paint won’t really mean anything, it does become a problem when important business details such as address, phone numbers, and names and so on are lost as well.

This may not seem like much of an issue, but it certainly is, for both you as well as prospective clients.

Business cards are often carried around by people all the time, on both the business and client end. This can be rather problematic if they don’t have a reasonable thickness to them.

This is because the thickness can affect the number of cards that can be carried, as well as their overall durability. If you happen to carry around several dozen such cards with you at any time, it would be problematic to store them if they are excessively thick. Likewise, if you happen to be a client, there is a chance of the card warping and getting damaged, especially if you happen to carry it around in your wallet or purse a good deal of the time.

While makers of these cards do look into their sizes, it is important to pay attention to this particular aspect, at least to be on the safe side.

There are currently two ways in which the information can be displayed on metal cards; printing and engraving.

Printed business cards are those in which the information is printed with the help of adhesives, pigments and other chemicals. These help to create some of the brightest cards around, but come with the disadvantage of the printing wearing off with the passage of time. This holds true even in the case of laminated cards, albeit at a slower rate.

In the case of engraved cards however, the information will last much longer, but will not have the brightness and coloration that can be expected from printed business cards.

About the only compromise between the two, would be cards that are both engraved and printed, where the information is first engraved on the metal plate, after which the engraved areas are painted over. This however, will add up in terms of the final cost.

The idea of metal business cards unto itself is a luxury statement.

Not many people use metal business cards in general, given that the cost per unit is several times that of those made using paper, cardboard or plastic. Quite often, they are used by businesses that have a very rich and affluent clientele.

While all of this is something understandable, there has to be some attention paid to the issue of luxurious excesses in general.

For example, there are metal cards made using metals such as silver. Likewise, there are others which are made using base materials such as stainless steel, but come combined with additions such as Swarovski elements or other such precious gems.

These things may be perfectly fine, but only if the benefits are more than the initial cost. In other words, the potential for profit should be much higher in comparison to the amount of money spent per business cards.

Last but not the least, there are many other considerations that may be looked into, when making the final purchase for that ideal metal business card.

Think of the above as a guide to finding the right metal card for your need, regardless of what your business need may be.