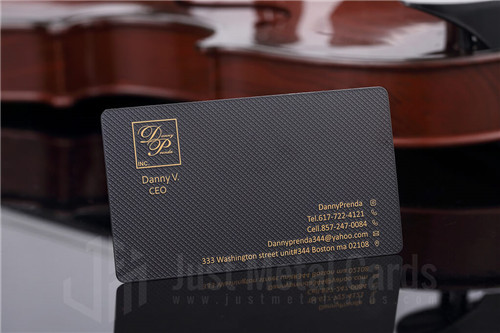 Handed out every single day in the millions, there is much that can be said about the humble business card.

While they have been a mainstay in the world of business for quite some time, there are certainly some limits to this.

Despite their widespread use, the majority of the cards in circulation are largely those made form paper or plastic.

As for metal cards, one could say that they are very rare to come across, making them rather iconic even today. In fact, you could say that most people have probably not come across metal cards even though there has been widespread use of the business cards all over the world.

Coming to metal cards, there is much that can be said about them.

To begin with, metal business cards allow for one to leave a lasting impression in the minds of clients everywhere, from them moment that they are handed out.

The rarity, quality and overall uniqueness makes them an interesting trinket worth one’s attention, which is really what matters in the world of business.

In simple words, metal cards can be used effectively and to your advantage, in the world of business.

Listed out in the points below are ways in which you can use metal business cards to win customers, as well as influence markets.

As much as you would love to give them to everyone, it is not really worth it.

Most people are not going to buy from you, and that’s fact. Even if they show interest, the reality is that a good percent of them, to the tune of something like 80-90% of them, will not become buyers.

In other words, it is that 5-10% of the people whom you are really after, and who deserve that piece of precious metal.

So if you are into metal business cards, make sure to restrict the cards to this select few, rather than everyone.

Metal business cards are one of those rare things in the world of business, and for good reason.

For the price of a single card, you could probably get a whole batch of the same made from paper or some other material.

Part of the reason for this, has to do with the price of the raw materials, both of the metal as well as the pigments used for printing on the metal. In addition to this, the material used for the manufacture of the same, are not exactly cheap either. All of things add up to the final bill, which is then passed on to you, the customer.

While it is understandable that it can add up to the final bill, it should also be noted that there is an upper limit to the amount you are willing to pay. It is therefore important that you find a supplier who can supply you with quality cards at affordable rates. There almost is no reason why you should be paying more than you actually should.

Although it is tempting to hand out metal cards to everyone you meet, it is certainly not a wise business decision. As attractive as they are, one shouldn’t forget that they are expensive.

Even if you can afford to hand them out like candy, you should refrain from it, as little expenses add up. A great way to deal with the issue is to use two different sets of business cards, and issue them at different points of the sale.

It is said that in a business, approximately about 90% of customers will flake out by the time the sale is to be finalized. Should you be in the process of finalizing a business deal, it is a good idea to hand out the metallic one. Let it be something of a privilege for those who do business with you, rather than trivializing its value.

There is always a temptation of sorts to hand out the metal card, as you usually know the reaction of people when they see one.

Avoid doing this, as your first job is to introduce yourself and the company, rather than show off the metal card. If you fail to do this, the other person may get engrossed with the card, especially if it is really well made, and not absorb whatever you’re telling them.

Instead, work on getting your message across to the other person, and then hand out the card as a sort of ‘signing off’ statement. It will leave both a lasting impression, as well as cement your business relationship with the other person.

If there is one thing people love to do, its show off.

This is an almost innate human trait, and can be found in just about everyone. So if one were to come across a metal card that is especially attractive, the odds are that you will be able to get the other person to show it off to someone else.

While they may be using it simply to boost their ego and what not, you’ll be benefiting from getting more people to know about your company, products and services.

It’s simply a case of using human nature to your advantage.

To sum up, using metal business cards in the ways pointed out should go a long way in influencing both one’s business to win customers as well as influencing the marketplace.

Done right, it should go a long way in ensuring that you’re business runs the way it should, and then some, for a long time to come.