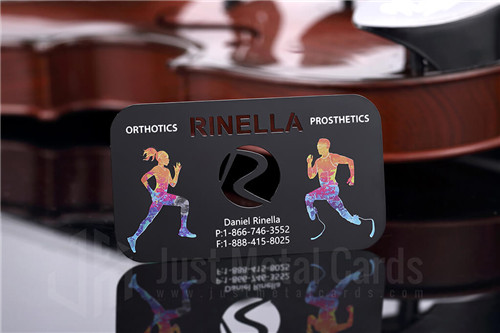 Metal cards are an interesting aspect of the business world.

Rare, interesting and unique, they are more of a statement than just a way to deliver one’s contacts.

The interesting thing about the cards is that despite their presence in the marketplace for quite some time, they are not widely adopted.

For a wide variety of reasons, they still remain a special aspect of the business world, and very likely to remain so in the near future.

When it comes to the materials used for the manufacture of these cards, there is no shortage of options.

From metal to alloys, the cards can come in a wide variety of forms, each with their own specialty.

One such material of choice in use, is that of copper and its alloys. There are quite a few of them currently in use. They are listed out in the points below.

Copper cards are by far some of the most beautiful and attractive ones around.

The preference for copper cards is not without reason. For one thing, the reddish coloration of the copper, along with its sturdiness and overall strength, make for an ideal material of choice.

About the only limitation of copper is the tendency to corrode, often forming a greenish layer on the surface, on exposure to moisture. This limitation however, need not be much of a concern for those keeping the cards well preserved.

Despite these advantages, it is very unlikely to find pure copper cards being sold by most suppliers. Quite often, the cards are made from copper alloys, rather than the pure metal. This is however, not very apparent, given that such variations are often indiscernible to the human eye, to the point where pure copper and the alloy both look similar.

Brass is an alloy of copper, made by mixing copper with zinc.

The exact combination of the copper will vary, depending on the requirements of the final alloy material. Also, the content of the zinc will vary from around 1% or below, to as high as 40%.

The alloy itself will vary in coloration, depending on the exact nature of the metal mix, but in general shows a yellowish coloration.

Of the many advantages to brass, one of the most important is that it is generally resistant to corrosion, although it isn’t immune to it.

In addition to this, another reason for its preference is due to the fact that its coloration has an interesting and attractive charm unto itself. The exact color variation can further be modified, by varying the percentages of the metals used in mix, making it all the more an attractive pick for the customer.

Bronze is an alloy of copper, made by mixing it with tin, in varying quantities. It is one of the oldest of copper alloys, and is still in use  today for everything, including business cards.

The exact quantity of the tin used will vary, ranging from around 1% to as high as 12-12.5%. The exact percentage usually depends on the nature of the final alloy required.

Of the many reasons for the use of bronze, one of the most important is the fact that it has a high degree of strength, making it highly useful for cards where longevity matters more than anything else.

About the only limitation is that the alloy doesn’t really do when it comes to resistance against corrosion. In fact, it is not uncommon for the bronze to become corroded fast, especially when exposed to moisture. This however, is not really that much of a problem, given that the corrosion layer actually protects the rest of the surface from further degradation. At the same time, it should also be added that the corrosion may be detrimental to the information printed on the cards.

Silicon Bronze is yet another alloy of copper, and is essentially bronze with some percentage of added silicon.

The exact percentage of silicon varies, but usually lies in the ranges of 2.8-3.8%. There is usually very little tin, with the other metals being manganese and iron, both of which hover between 0.5% and 1%.

It is highly valued due to its ability to resist corrosion, even when exposed to liquids and an assortment of different chemicals.

This variety of bronze makes for an ideal candidate for metal cards, given that it looks almost entirely like copper, and offers the benefit of being resistant to corrosion.

Aluminum bronzes are an alloy of copper, made by adding aluminum to the degree of around 5-11%.

In addition to this, other metals may also be added in small quantities, the most common being manganese, nickel and silicon, in the percentages of around 0.5-1% each.

Valued for its ability to be resistant to corrosion even in saltwater environments, without any losses in strength, they make for an excellent choice when it comes to making metal business cards.

Ideal clientele for these cards would be just about anyone working in a marine environment, such as sailors, ship captains, divers, and seaport officials and so on.

As the name would suggest, cupronickel is an alloy of copper, made by mixing copper with nickel.

The exact percentage of the nickel being used will certainly vary, ranging from 10-40%, depending on the exact need.

It is very rare to find the metal being used for business cards, despite the strength and durability, largely due to the color factor.

Despite the high content of copper in the mix, it tends to have a dull grey coloration, and almost entirely devoid of the signature red tints and shades common for copper. This makes many people go for cards made from stainless steel or other such materials instead, in a lot of cases.

At the same time however, alloys with lower concentrations of nickel can be used, in cases where dull-reddish coloration is valued by the customer.

In all, the above mentioned materials are by far some of the most common ones considered, for making cards based on copper.

There are indeed many more as well, depending on the alloy composition and client requirements.

Regardless, these materials make for some of the most interesting business cards you can think of, and worth looking into.