What Are the Different Designs of Metal Business Cards? 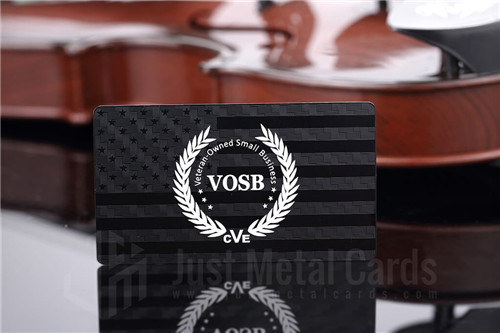 Metal business cards have been around for quite some time.

Made using a variety of different metals or alloys, they have become an important and rather unique aspect of the business world.

Today, one can find a wide variety of these cards in the typical market place.

From the freelancer to the high-profile businessman, they are valued everywhere, and as such, have created a niche market unto itself like no other.

It is very likely, that, given the steady growth of the world economy, these cards will become all the more important, across an ever growing range of industries and clientele.

There are several different ways in which metal business cards can be classified.

Of them all, three of the most important and common, are listed in the points below.

Solid cards are those cards, which are made up of a single and complete piece of metal.

It is by far one of the most commonly used types of metal cards, and is the prime choice for many people. In fact, one could say that these cards make up the bulk of almost all metal cards sold in many cases, often overshadowing the others by a large degree.

Also worth adding here is that the information presented in the cards, are usually made up of paints, either in full or part. Fully painted cards rarely have their metal surfaces exposed, while partly painted ones usually restrict the amount of paint used for the information and graphics instead of the entire card’s surface.

These are some of the most aesthetic metal cards that you can ever come across.

They differ from the types of card mentioned above, in the sense that they are made from solid metal but lack almost any pigment.

On the contrary, the information presented on them is usually etched or engraved. Also, the process of etching and engraving refers to the removal of a thin layer of metal in a manner that allows for details to the presented, whether it is the name, contact details, etc.

Also, the process of creating these cards are usually mechanized, and use either physical or laser means, with the former using a physical contact heads and the later using laser beams.

One of the reasons for their widespread popularity is due to the fact that they are very long lasting. Given that the information is marked into the surface, they tend to last a lot longer, in comparison to paints which may erode away overtime.

Carved cards are very much like etched or engraved cards, albeit that they have the text and other patterns cut into them.

In other words, the cards have the details on it literally cut into and across the metal surface, where one can clearly see through the cut areas.

Such cards are great if you want to have intricate patterns and designs, and in general make for a most interesting and unique impression on the receiver.

This classification has more to do with the nature of the material used in the cards.

The term ‘metal’ here refers to the fact that a single metal is used for the making of the business cards.

The metal used in turn, include, among others, copper, zinc, etc. This is however very rare, as many people tend to prefer alloys given their strength and durability.

Alloy cards are those cards made from alloys, rather than a single metal.

They are preferred over metal, for the simple reason that they have a high degree of strength, durability and tend to last longer.

In addition to this, they also have the advantage of interesting color variants, which may not be available otherwise. For example, alloys like brass can be modified to give a color ranging from a dull gold to a near bright one, by changing the concentration of the metal percentages used in the mixture.

The exact nature of the alloy used will certainly vary, with some of the most common ones being steel, brass, bronze, etc.

These are rather rare, and to some extent, even unlikely to be available among many sellers of metal cards.

At the same time however, it is not entirely impossible. To begin with, a composite material here refers not to an alloy, but rather one which has a metal component and another which isn’t metal but something else.

While there are many substances which can be used for the non-metallic portion of the cards, one of the most common happens to be that of carbon fiber.

Although rare, composite cards do make their way into the marketplace from time to time. With some searching and digging around, it should be possible to get them, although the exact time frame might be rather long.

It should also be noted that these cards, given the general rarity, tend to be very expensive, often costing more than your average metal cards, multiple times over.

This is not so much a category unto itself, but rather a ‘combination’, as the title would suggest of all of the above mentioned points.

The exact combination being used however, will certainly very base on the individual’s requirements and needs. In fact, it is very unlikely to find cards from either or the above categories. It is far more probable that the cards you find will have a mix of characteristics.

Also, the combinations can and will certainly vary, and comprise of either some or all of the above elements to varying degrees.

In addition to this, it would be interesting to note that the greater the degree of combination and the scale of it, the more likely it is that it will cost more.

To sum up, the list of categories mentioned above are some of the most common classifications that one can find, when it comes to metal cards.

There are indeed many more such categories that can be added to the list as well, depending on the criteria.

Feel free to look around, and you’ll be able to come across plenty more.